Skip to content
Posted in eLearning By michaelgPosted on November 11, 2019Tagged eLearning

I sometimes wake during the night and feel him curled up on the bed, warm asleep. Even better when I open my eyes in the morning and there’s Doug, looking down on me, waiting… you know the day will be all the better for having him around.
Doug, of course, loves a walk. I say a walk, it’s more like being pulled forward by a small locomotive. He springs along like a lamb, checks this, checks that, a judicious sniff here or there, no tree left unexamined, always ahead but often looks back to see that I’m still there. We’re a team, Doug and I. Occasionally he’ll walk behind me, usually mulling over some new scent but we had an ‘incident’ my son and I, when I heard a strange sound behind me, an odd bumping and scraping. Looking round we found that Doug has slipped his harness and was off for a sniff in the bushes. We were literally walking his empty lead and harness for about 30 yards. Lesson learnt.
On walks to Preston Park, we pass the Preston Park Tavern and he veers off, as if on dog autopilot, towards the door of the pub. This is no accident. You see, my sons and I have been taking him to the pub. He loves a flop on the warm, wooden floor, gets the occasional head rub from a punter and generally keeps an eye on what’s going on. But I think what he really loves is that warm, hoppy, beery smell. Good pubs need a dog. I don’t mean bars, I mean pubs. Doug likes pubs, not places with music, too many young people, fishbowls of gin, but pubs and punters. So… you know that old guy in the pub on his own… looking perfectly content… that’s me that is…
Then there’s The Flour Pot, a little café up at the Fiveways. We go there, sometimes, after our morning walk, for a coffee and a read of the paper… Doug will snuggle down on the velvety cushion next to me and just watch, head perfectly still, eyes checking out anyone who passes our spot, like a two little searchlights… they have a little jar of dog treats. He likes that.

Now there comes a point in the day, when I sit down and try to stop the tumble of thoughts in the washing machine that is my mind. As I get older I’ve even taken to the occasional nap in the afternoon. Doug has this covered. He loves a nap. And a nap is all the better for doing it together. It helps when Doug flops down on the sofa next to me, his body pushed up against me in a show of solidarity, even better when he places his head gently across my thigh and closes his eyes. That is a moment of pure joy. Sometimes I catch him dream; a quiver, little chew, a wee moan. It’s good to know that we both have dreams. The difference, I suspect, is that his always come true.

For my previous piece on Doug – see here 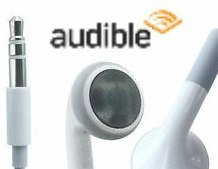