Skip to content
Posted in eLearning By michaelgPosted on September 14, 2020Tagged eLearning 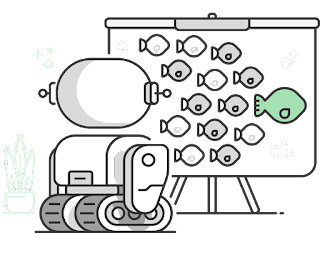 I’ve been a Feedly Pro user for many years and moved to Pro+ for the AI and Twitter support. I have two major comments:
– first, it’s too expensive. I’m not going to pay $137 (Canadian) for a second year of Pro+, not without a significant increase in value.
– second, I’m still trying to work out a workflow that both preserves the usefulness of AI and allows me to manage content. There are some sub-issues to this:
– there’s no point using ‘what I read’ as input to the AI since I read at least some of every post that comes in. Remember, my feed list is *already* curated
– similarly, the use of ‘priority’ keywords is of limited value, again because I’ve already curated (and organized) my feed list.
– in my workflow, I save items in ‘read later’ to, well, read later, and to potentially write about for my newsletter. This *is* useful information, but unfortunately Leo only collects items I save to a ‘Board’ (I’ve created my first and only Board, ‘Leo’, for that purpose, replacing my use of ‘read later’. But:
— I used to be able to use IFTTT to save items in the ‘read later’ folder to Pocket – that way I can *also* save items I’ve found from outside Feedly
— As I reconsidered items in pocket, and either wrote about them or skipped them, I would delete them from Pocket, so I don’t have to wade through stuff I’ve already looked at
— I now import *from* Pocket (via RSS) to a folder in Feedly. so I can still get my non-RSS items into my workflow
— But I can’t delete them without demoting them in the eyes of the AI, which is the opposite of what I want to do
What I need:
– a way to get non-RSS content into Feedly from the web browser
– a way to highlight items for later review – and for Leo to learn from *that* selection, not reads or keywords
– a way to be able to remove items from the review pile without making Leo think I don’t like them any more