Learn how to start and grow a podcast and build an online course empire with Joe Casabona in this episode of the LMScast podcast with Chris Badgett of LifterLMS. Joe shares some of his journey from working for an agency to taking on his course work as a full time gig when his daughter was born in June of 2018. 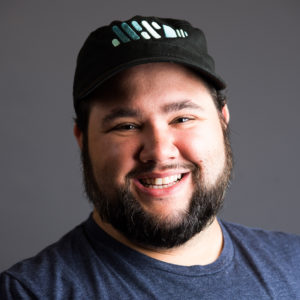 Joe had established himself as an authority in web development by teaching people about front end development. He ended up switching lanes and focusing on page builders and teaching people how to set up specific sites. The biggest lesson Joe learned from making the switch is that customers do not care about the vehicle that gets them to the destination, rather they care about getting to the destination itself.

At LifterLMS we talk a lot about results driven learning and building each step of the course with the end in mind. That mentality was crucial to Joe’s transition in marketing courses from, “Take this course if you want to learn something,” to, “I’m solving your problem for you.”

Joe brings up a concept that we have mentioned on another LMScast episode with Ellen Martin, and they make the point that course completion is not the be all end all for course success. Some students will take what they need from the course and use it to reach their goal and be perfectly happy with the value of the course.

There are five major roles that go into creating a successful online course business. Chris refers to these as the five hats course creators wear: expert, instructional designer, community builder, technologist, and entrepreneur. Chris and Joe talk about these roles and how they apply to running a successful business online.

Joe runs a podcast called How I Built It. You can head over to HowIBuilt.it to learn more. Chris and Joe discuss concepts that apply to both podcasting and course creating in this episode. Consistency and understanding how people listen are two very large pieces of the puzzle.

Joe has some courses over on his site CreatorCourses.com about getting started with Gutenberg and in this episode he shares some knowledge and advice on getting started with the platform and what new innovations it has to offer the community. To learn more about Joe, head over to Casabona.org and you can find him on Twitter at @jCasabona. You can also check out Joe’s previous LMScast episode here.

At LifterLMS.com you can learn more about new developments and how you can use LifterLMS to build online courses and membership sites. Subscribe to our newsletter for updates, developments, and future episodes of LMScast. If you like this episode of LMScast, you can browse more episodes here. Thanks for joining us!

The post How to Start and Grow a Podcast and Build an Online Course Empire with Joe Casabona appeared first on LMS CAST.