Skip to content
Posted in eLearning By michaelgPosted on January 15, 2019Tagged eLearning

“Still more astonishing are the stone temples of Göbekli Tepe, excavated over 20 years ago on the Turkish-Syrian border, and still the subject of vociferous scientific debate. Dating to around 11,000 years ago, the very end of the last Ice Age, they comprise at least 20 megalithic enclosures raised high above the now barren flanks of the Harran Plain. Each was made up of limestone pillars over 5m in height and weighing up to a ton (respectable by Stonehenge standards, and some 6,000 years before it). Almost every pillar at Göbekli Tepe is a remarkable work of art, with relief carvings of menacing animals projecting from the surface, their male genitalia fiercely displayed. Sculpted raptors appear in combination with images of severed human heads. “

These required some form of institutions and command & control to coordinate work. But these works were mostly done on a seasonal basis with large groups of people getting together for a period of time and then going back to egalitarian tribal ways. This trend was also in evidence in North America and the Arctic. People were willing to get together and give up control in order to hunt or create something larger than themselves. There is also evidence that a selected few of these people were revered and their deaths celebrated to show their wealth and influence.

“To begin with, there is the undisputed existence of rich burials, extending back in time to the depths of the Ice Age. Some of these, such as the 25,000-year-old graves from Sungir, east of Moscow, have been known for many decades and are justly famous.”

“The world’s first cities did not just emerge in a handful of locations, together with systems of centralised government and bureaucratic control. In China, for instance, we are now aware that by 2500 BC, settlements of 300 hectares or more existed on the lower reaches of the Yellow River, over a thousand years before the foundation of the earliest (Shang) royal dynasty.”

Did control and inequality come from living in structured and institutionalized societies or was it already in evidence in the family unit? Tribal societies, many of whom were matriarchal or worshiped goddesses, may have provided a counter-force to family patriarchs. Egalitarianism may be the optimal state for hunter-gatherer tribes who are on the move and require everyone to cooperate for the whole. Do the roots of inequality rest in the family unit itself? Maybe it is from families that inequality originally stems.

“For instance, almost everyone nowadays insists that participatory democracy, or social equality, can work in a small community or activist group, but cannot possibly ‘scale up’ to anything like a city, a region or a nation-state. But the evidence before our eyes, if we choose to look at it, suggests the opposite. Egalitarian cities, even regional confederacies, are historically quite commonplace. Egalitarian families and households are not.”

This reinforces my own, much less researched idea, that it was changes in how we communicate that triggered changes in how we organize. We are currently in between a market-dominated and network-dominated form of society, which explains the general angst of our current post-modern situation. Perhaps it was not agriculture but the written word that allowed for more command & control and therefore less equal societies. Even the Incas had a form of writing.

Writing started us down an unequal and mostly patriarchal road that dominated most of the world into the age of print. Will the network age retrieve some of the egalitarianism of tribal societies? Can we learn how to cooperate better than we know how to compete? Will our future leaders be those who exert influence through reputation and not positional power, as those honourably-buried ancients in Sungir may have done so long ago? 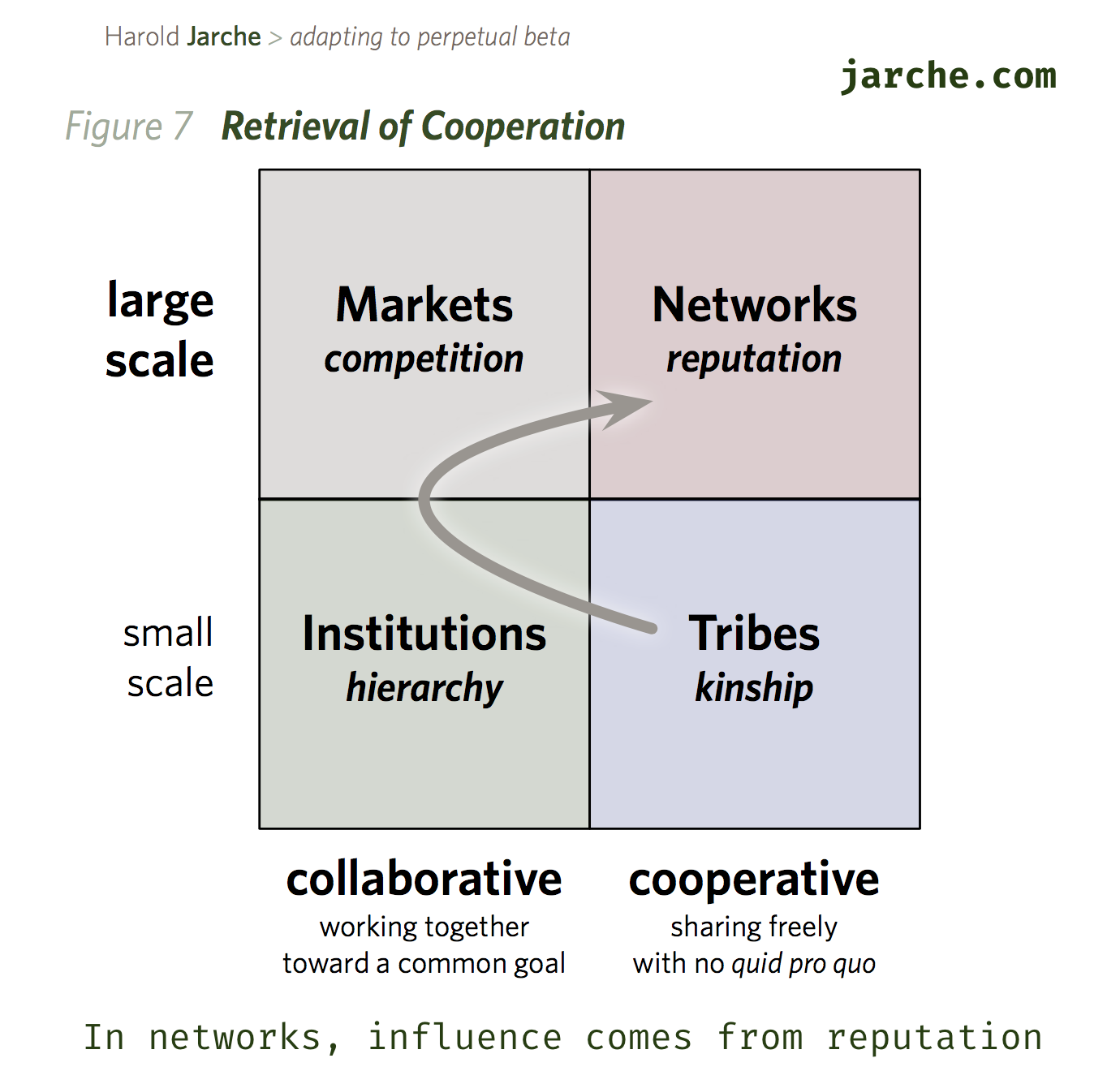 in the beginning was the word