If you are a member, moderator, or admin of any Facebook group, you may have heard a buzz that they are kicking out members unless they prove they are active.

Let’s look at the buzz.  Some admins are complaining that they’re losing thousands of members. Some are saying they weren’t informed in advance and there is no way to appeal. To prevent this, some admins are encouraging members to show some activity to stay in the group. 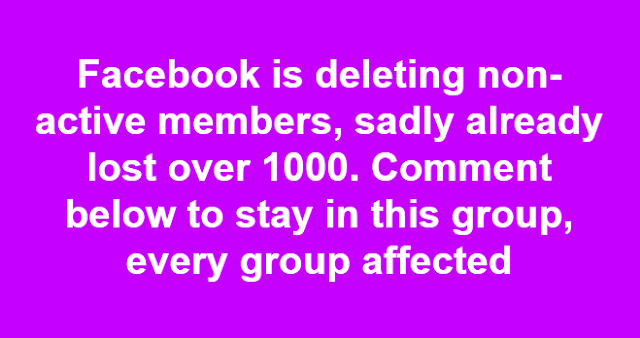 However, this isn’t what is actually happening.

What is happening is that Facebook wants authentic membership rather than falsely inflated groups.  This happens when admins and moderators invite hundreds or thousands of people who never asked to be invited. These people are in the group, even if they never accept the invitation. What happens when unscrupulous admins do this is that groups look popular, when they’re really not.

If an admin thinks that person may actually want to be in your group, they can send a reminder to accept the invitation.  You can read more details on group invites at Facebook’s help center.

There is also something called “unavailable.” These are people who have deactivated their account or are no longer members of the group.

You can read more details about unavailable group members at the Facebook help center.

Here is the notification Facebook provided for group admins: 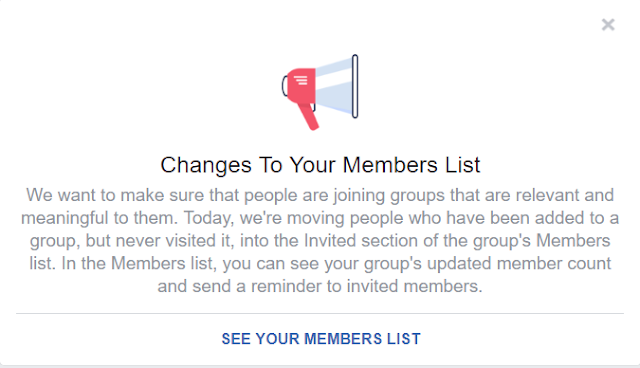 This is a move by Facebook to create more authentic groups. This means groups that represent those who are active and care about the topic of the group. The result for members is that they are aware of the people who choose to be in and interact in the group. The result for admins is that they can see who really wants to be in the group as well as those who’ve deactivated their accounts or removed themselves from the group.