It’s been an even more tumultuous and troubling week for the United States government than usual, in a presidential term characterized by constant controversy and disruption. The announcement that our chief executive is pulling out all our military forces from Syria without prior consultation with his cabinet or military advisors, and the subsequent resignation of the Secretary of Defense in response, are extraordinary events that all citizens of the United States should take time to consider and discuss. Last night, I shared a post on Facebook, reflecting about these events, and my personal prayer that leaders in Washington D.C. will have the courage to invoke provisions of the 25th Amendment to the U.S. Constitution. I’m not alone in thinking along these lines, some of our Congressional representatives have been thinking publicly about this as well.

I do not usually share political posts or many political thoughts on my Facebook page, but I do occasionally. I’m very aware, much as I am at church, that a diverse group of folks “virtually surround me” on my Facebook page. This has changed over time, but for at least the past few years I’ve used my personal Facebook page primarily to share photos and posts about our family and my Christian faith.

Facebook presents interesting opportunities as well as challenges to all of us these days. There is not “1 approved way” to use Facebook, and we certainly see people and organizations using the platform in diverse ways. Of course I’m aware how heated our political discussions are today both on social media and in the mainstream press, but I was perhaps a bit naive in sharing my thoughts last night on Facebook. I stand by everything I wrote, but after receiving two very negative responses on the post, I decided to archive it with screenshots and then delete it. I also created a new Facebook post, sharing a little about the fact that I’d deleted the post and would be reflecting later on my blog about this in greater detail. Here is the original post, with the comment responses included below.

With hindsight significantly augmented by the thoughtful feedback of friends and acquaintances whose opinions I respect, I think should have left the original post on Facebook and let others chime in to the conversation thread. I was touched and moved by many of the comments my “I’ve deleted a post” message invited. Here is a screenshot of that complete thread, as of tonight (Saturday, 22 Dec 2018):

I have several different thoughts and responses to all of this, which was more than I could articulate this afternoon when I was receiving this feedback on my smartphone following a movie I went to watch with our son, some errands to an overcrowded local mall, and some holiday food shopping.

First of all, how wonderful it is to be able to receive encouragement and feedback like the comments shared on this second “I deleted a post” thread. People contributing to this conversation include:

This collection of supportive and encouraging perspectives is remarkable to me by itself. I heartily agree with the sentiment expressed by several, that we NEED opportunities for “true civil discourse” in our country today… and we SHOULD be both encouraged and supported in respectfully sharing our perspectives and opinions on political issues. Mrs. Bogart (and others) are right: We need to be courageous to share our voices, even in these contentious times, because it is only through dialog and conversations that we can move forward in our thinking as individuals and as a community.

So, to everyone who read (or is now reading, thanks to the screenshot) the original post I wrote but then deleted… I am sorry. I will commit to not self-censor my voice again simply because it invites some negative feedback. When I deleted the post this morning, my main thought was, “I don’t really want to host a confrontational exchange on my Facebook page between those who are critical of our current chief executive and those who still support him.” In the past I’ve been generally careful to steer clear of sharing opinions online about very divisive and contentious political and social issues, since most of my online advocacy (since 2003) has focused primarily on education and educational technology. I AM a passionate, concerned and (hopefully) informed citizen, however, and I do want my voice to play a constructive role in the conversations we have in our communities and as a larger society about important issues.

Since I’m involved in many conversations at our school about social media, screentime and “digital citizenship,” I’m often asking myself how controversial situations involving digital media can become “teachable moments” in our classrooms and homes? Here are a few questions which come to mind, having received a little negative but a LOT of positive feedback over a Facebook post in the past 24 hours:

Long live free speech and the tools to “publish at will.” At the same time, I champion respect, kindness, civility, and the willingness to listen to perspectives which are different from our own. 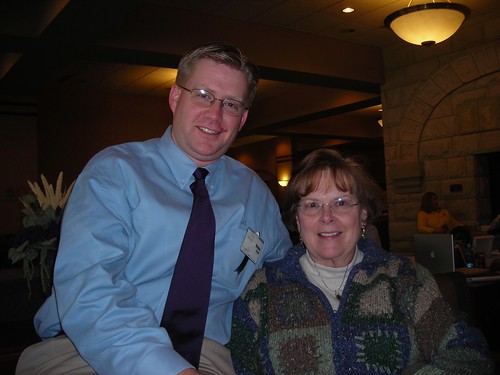