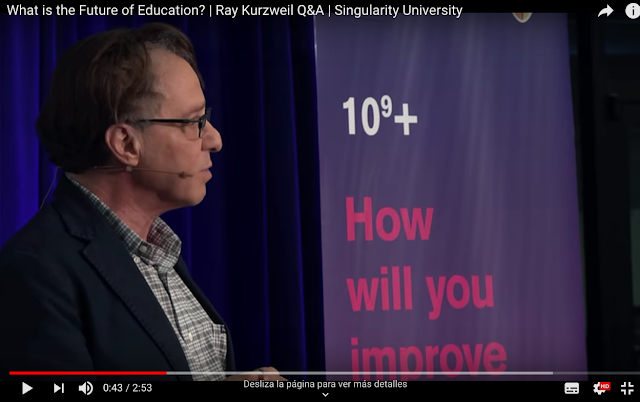 Ray Kurzweil has been described as “the restless genius” by The Wall Street Journal, and “the ultimate thinking machine” by Forbes. Inc. magazine ranked him #8 among entrepreneurs in the United States, calling him the “rightful heir to Thomas Edison,” and PBS selected Ray as one of 16 “revolutionaries who made America,” along with other inventors of the past two centuries. He is considered one of the world’s leading inventors, thinkers, and futurists, with a 30-year track record of accurate predictions.

Kurzweil is the recipient of the acclaimed MIT Lemelson Prize, the world’s largest for innovation. In 1999, he received the National Medal of Technology, the nation’s highest honor in technology, from President Clinton in a White House ceremony. And in 2002, he was inducted into the National Inventors Hall of Fame, established by the U.S. Patent Office.

He has received 20 honorary doctorates, and honors from three U.S. presidents. Kurzweil has authored 7 books, 5 of which have been national bestsellers. The Age of Spiritual Machines has been translated into 9 languages and was the #1 best-selling book on Amazon in science.

This website tracks breakthroughs in science and technology and has 3 million readers annually.

In 2012, Ray Kurzweil became a Director of Engineering at Google, at Research at Google — heading up a team of engineers developing machine intelligence and natural language understanding.

What is the Future of Education? | Ray Kurzweil Q&A | Singularity University @singularityu