How to do video marketing on social media for course creators with Jason Hsiao from Animoto in this episode of LMScast with Chris Badgett of LifterLMS. Chris and Jason dive into all kinds of video marketing best practices, and Jason shares some specific insights on creating videos for online courses.

Video marketing is a truly powerful medium. Things that are alive move, and that attracts more attention and engagement than still photos. Video makes things human. It is visually interesting and relatable. Most course creators use video, but if you have not tried it out, we encourage you to try it as it is highly effective for teaching.

Animoto is an online tool you can use to create videos for everything from business meetings to weddings. It is a great place to start off for people who have no idea where to get started with creating videos. Animoto is a simple way to produce great looking videos that will stand out on social media.

Targeting is one of the most powerful aspects of social media marketing. Chris and Jason talk about how with the content tools available today combined with a highly targeted ad campaign, your posts on social media can appear right next to the ads from huge companies with million dollar advertising budgets. 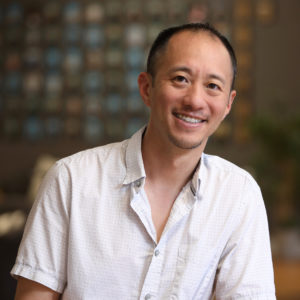 Jason and several other founders of the Animoto platform got started working for MTV and Comedy Central. To learn more about Jason and the Animoto software and team head to Animoto.com.

Go to LifterLMS.com to find out more about how you can use LifterLMS to build your own online courses and membership sites. Subscribe to our newsletter for updates, developments, and future episodes of LMScast. If you like this episode of LMScast, you can browse more episodes here. Thank you for joining us!

The post How to Do Video Marketing on Social Media for Course Creators with Jason Hsiao from Animoto appeared first on LMS CAST.